Last Of The Independents

Last Of The Independents 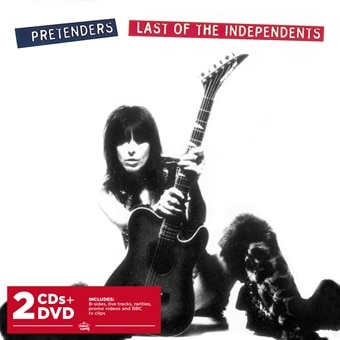 April 1994 saw the single release of “I’ll Stand By You” – to date the Pretenders’ version has been viewed on Youtube over 17 million times. Co-written by Chrissie Hynde, the songs was also a # 1 hit for Girls Aloud in 2004, and most recently a cover version by X Factor hopefuls Stereo Kicks has been viewed over 440,000 times.

Sixth album “Last Of The Independents” was issued in May 1994, and also includes the hits “Night In My Veins” and “977”. The twelve bonus tracks include b-sides, live tracks and demos, as well as two soundtrack songs – the Pretenders’ covers of “I’m Not In Love” and “Every Day Is Like Sunday”. The DVD features two promo videos, along with seven BBC TV appearances from Top Of The Pops, Later and Danny Baker Show. The booklet in this digipak edition features all the lyrics for the first time, the singles sleeves and photos.