Kiki Dee + Stay With Me

Kiki Dee + Stay With Me 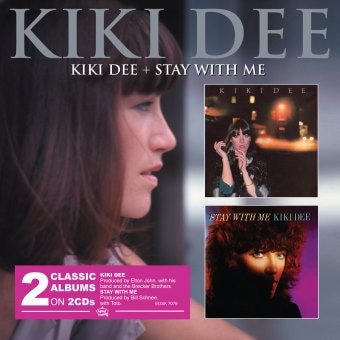 After singles and albums with the Fontana and Motown labels through the 60s, Kiki Dee signed to Elton John’s brand new Rocket Records label in 1973. This package includes her third and fourth albums, from 1977 and 1978.

Produced by Elton John and Clive Franks, ‘Kiki Dee’ features the hits “Chicago” and “First Thing In The Morning” and includes musical contributions from the Brecker Brothers and David Sanborn, as well as James Newton-Howard and Davey Johnstone and Dee Murray from Elton’s band.

‘Stay With Me’ was produced in Los Angeles by Bill Schnee and was recorded with the musicians who became Toto, with string arrangements from legends Marty Paich and Gene Page.

This slipcased two-album pairing also contains a bonus track, as well as photos and full annotation.