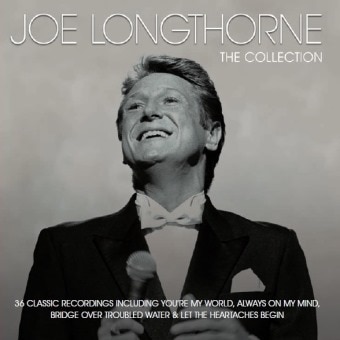 Joe Longthorne is recognised as one of the UK’s finest vocalist and live entertainers. This 36-track/2CD compilation features recordings from his two late-1980s Top 30 albums ‘Songbook’ and ‘Especially For You’.

As a young teenager, Joe landed a part in Yorkshire Television’s ‘Junior Showtime’, remaining with the show for over two years. In 1981, Joe appeared on the TV series ‘Search For A Star’ as a singer and impressionist, and his success led to appearances at the London Palladium and a month-long residency at London’s Talk of the Town.

In 2007 the Variety Club of Great Britain awarded Joe their Lifetime Achievement Award, which placed him amongst past recipients including Frank Sinatra, Judy Garland and Ella Fitzgerald. Joe was appointed Member of the Order of the British Empire (MBE) in the 2012 Birthday Honours for services to charity.