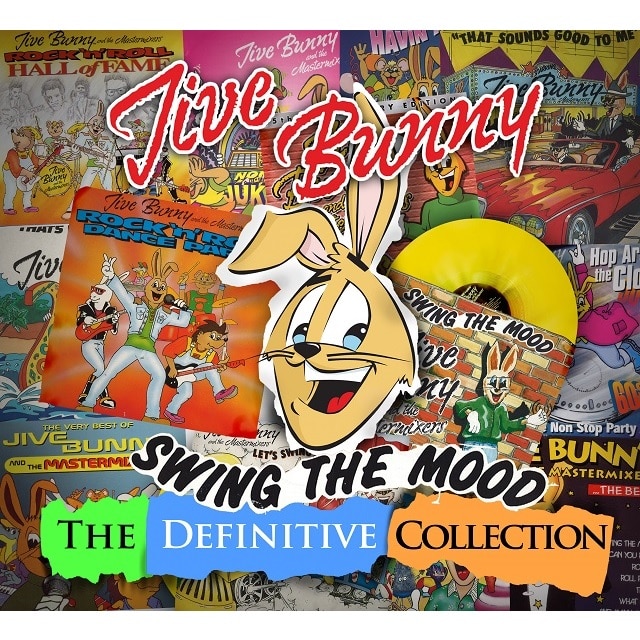 July 2009 marked the 20th Anniversary of the release of ‘Swing The Mood’ – the first of three consecutive Number 1 hits from Jive Bunny and the Mixmasters. Only the third act at the time to achieve such a feat, Jive Bunny’s medleys and mash ups enjoyed chart successes in several countries across the world. This release defines the career of Jive Bunny and includes all the hit singles.

Features the three Number 1 hits ‘Swing The Mood’, ‘That’s What I Like’ and ‘Let’s Party’ as well as Top Ten singles ‘That Sounds Good To Me’ and ‘Can Can You Party’.

DMG have so far sold over 750k units of Jive Bunny product and last year’s EMI ‘Summer Party’ title sold over 30k units and peaked at no. 9 in the Compilation Chart.