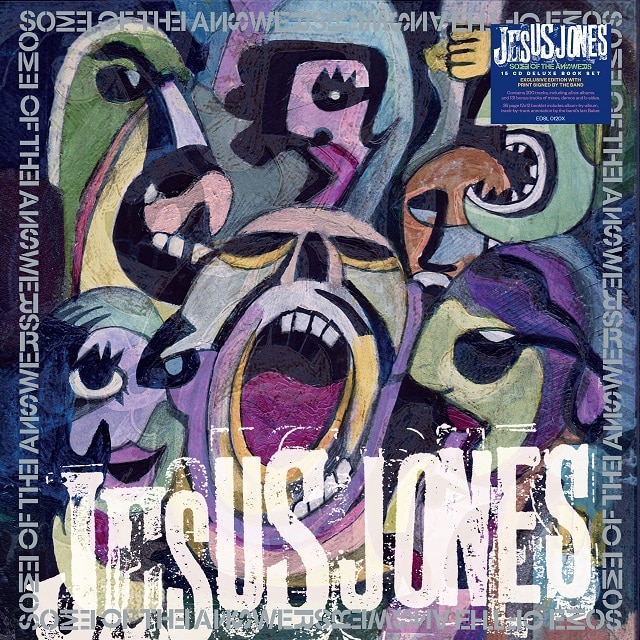 Formed in London in 1988, Jesus Jones blended rock with the technology of dance music. Armed with a sampler, a slew of catchy melodies, a belligerently confident attitude and some energetic stage performances, the band were quickly spotted and signed by Food Records. First single “Info Freako” was an instant critical success, and their debut album “Liquidizer” was a visceral statement of intent. Their second album “Doubt”, released in early 1991, would go on to find huge success around the globe.

The single “Right Here Right Now” exploded in the US, topping charts and helping the band to an MTV award, as well as a succession of sold-out tours. “Doubt” would eventually amass sales of around two million copies worldwide. “Perverse”, from 1993, saw the band dive further into technology, as one of the first albums ever to be created and recorded digitally. Later albums “Already” (1997) and 2001’s “London” chart the band’s journey through choppier waters, as they struggled with the effects of so much early success and searched for continuing creative inspiration. “Passages” in 2018 found the band back to their best, with their strongest material in years.

This 200 track, 15 CD book set compiles material from the band’s entire career – from the frenetic, sample-heavy blasts of the late ’80s, right up to (almost) the present day. Aside from the original six albums, there are 131 bonus tracks – mixes, unheard demos, b-sides and oddities, band-selected favourites and material from all corners of the catalogue.

The band enjoyed a dizzying array of UK hit singles through the 90s, with many of them also enjoying huge success across Europe. Aside from the tracks mentioned above, also included are “Never Enough”, “Bring It On Down”, “Real Real Real” (# 4 in the US), “International Bright Young Thing”, “Who? Where? Why?”, “The Devil You Know”, “The Right Decision”, “Zeroes and Ones”, “The Next Big Thing” and “Chemical No.1”.

In the 12×12 booklet, keyboard player (and now the band’s manager) Iain Baker provides revealing track-by-track annotation, and there are in-depth essays for each of the band’s albums, to guide you through the journey and provide the context for the music. This box set also features artwork from the band’s long-time collaborators Stylorouge, who fashioned so much of their original identity. The spirit of those original designs was called on once again, to tie everything together visually.