In A Broadway Bag

In A Broadway Bag 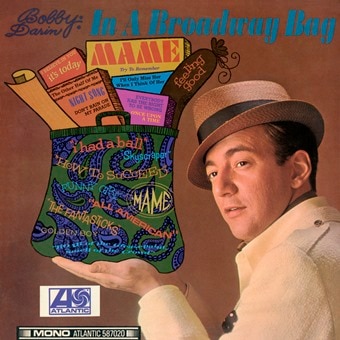 The influence and popularity of the Las Vegas stylings of all-round entertainer Bobby Darin continue despite his
untimely death in 1973 at the age of 37.

Darin’s second album for Atlantic Records, “In A Broadway Bag” (originally released in June 1966) displays Darin’s winning style on a selection of outstanding songs from then current and recent hit Broadway musicals, including “Mame”, and “Don’t Rain On My Parade” from “Funny Girl”. Darin’s version was memorably used for a Vauxhall TV ad. The three bonus tracks are the contemporary non-album a- and b-sides. To commemorate the 50th anniversary of the album’s release, it is now presented in a digipak, with a booklet featuring detailed liner notes by Fred Dellar.