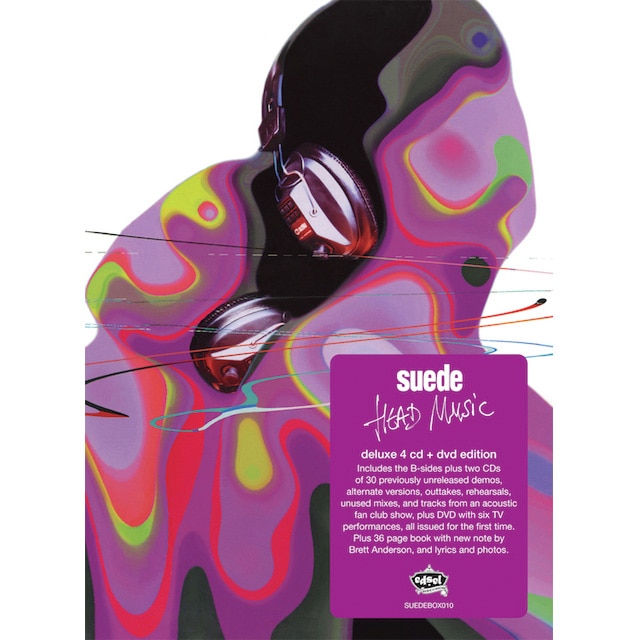 “Head Music” was the second album by the second Suede line-up and was released in May 1999. It entered the charts at number 1 and was home to four hit singles: “Electricity”, “She’s In Fashion”, “Everything Will Flow” and “Can’t Get Enough”.

The DVD features three Top Of The Pops appearances, along with a three song performance on Later… with Jools Holland.

The media book contains a new specially-written note by Brett Anderson, along with all the lyrics and photos from the collections of the band.