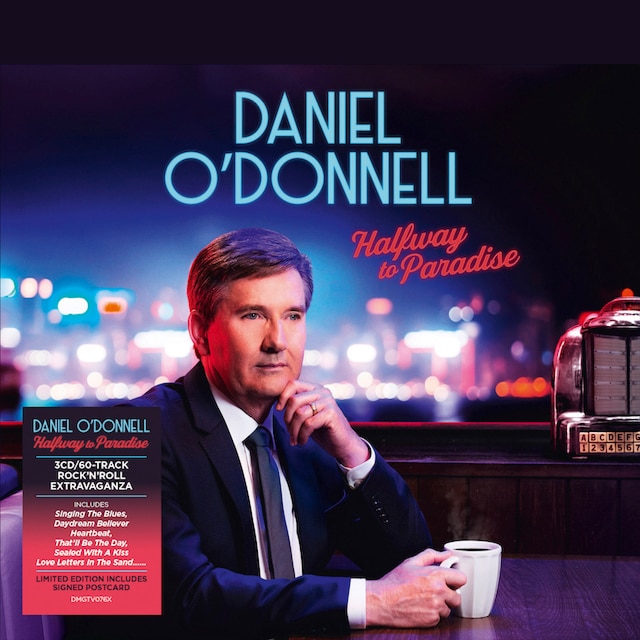 This exclusive edition includes a signed print of Daniel, limited to 1000 copies

Daniel goes back in time, with a fantastic new collection celebrating the golden age of Rock ’n’ Roll!

Featured on this 60-track set are 3CDs of some of the most popular and timeless songs from the ‘50s and ‘60s. Daniel pays homage to the great pop stars of the time, such as Pat Boone, Ricky Nelson, Adam Faith and Buddy Holly by putting his own stamp on classics such as ‘Singing The Blues’, ‘Love Letters In The Sand’, ‘Oh Boy’ , ‘Heartbeat’ and many more but stays faithful to the title track ‘Halfway To Paradise’! This Rock ’n’ Roll extravaganza also includes a special live section of songs that first appeared in his very successful ‘Rock ‘n’ Roll Show’ DVD but which has not been released on CD in the UK. These include his own tributes to Cliff Richard, the Beatles and Elvis Presley, with medleys of their most popular hits from the time. The perfect gift for family, friends or yourself!