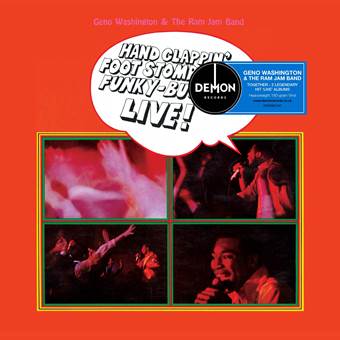 On the live circuit in the late 1960s, Geno Washington & The Ram Jam Band were probably the biggest crowd-pullers of them all. Relentless highenergy rock, blues, soul and R’n’B, and it was their live performances transferred to records that sold in huge numbers rather than the studio recordings.

Released in December 1966, ‘Hand Clappin’ Foot Stompin’ Funky Butt…Live!’ peaked at #5 in the Albums Chart and spent an incredible 38 weeks in the chart.

The concerts all had an electric atmosphere and the crowd would chant Geno’s name – later immortalised by Dexys Midnight Runners 1980 number one hit.