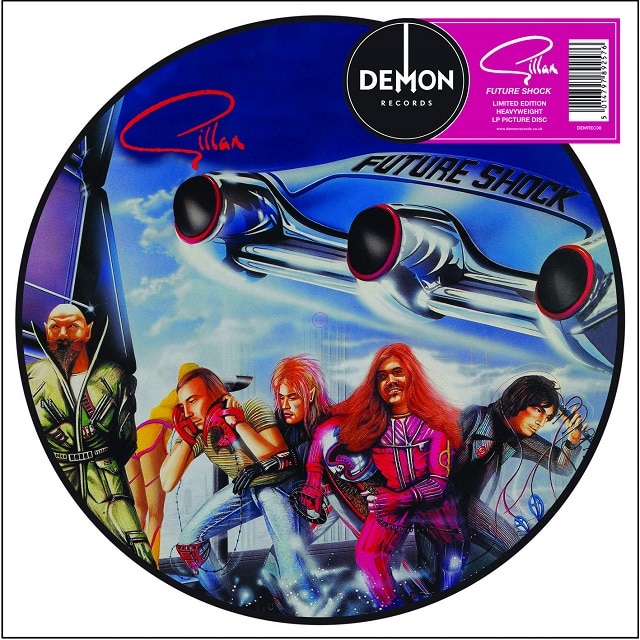 Released in April 1981, “Future Shock” entered the UK album chart at # 2 and saw the band at their peak. Their cover of “Trouble” reached number 14, and was followed into the singles chart by “Mutually Assured Destruction” (# 32), “New Orleans” (# 17), and “No Laughing In Heaven” (# 31), which is still in Ian’s live set. In August that year they headlined the Reading Festival.

This limited edition picture disc is capped at 500 copies worldwide and cut from the latest digital remasters.