From Beginning To End…(Coloured Splatter Vinyl)

From Beginning To End…(Coloured Splatter Vinyl) 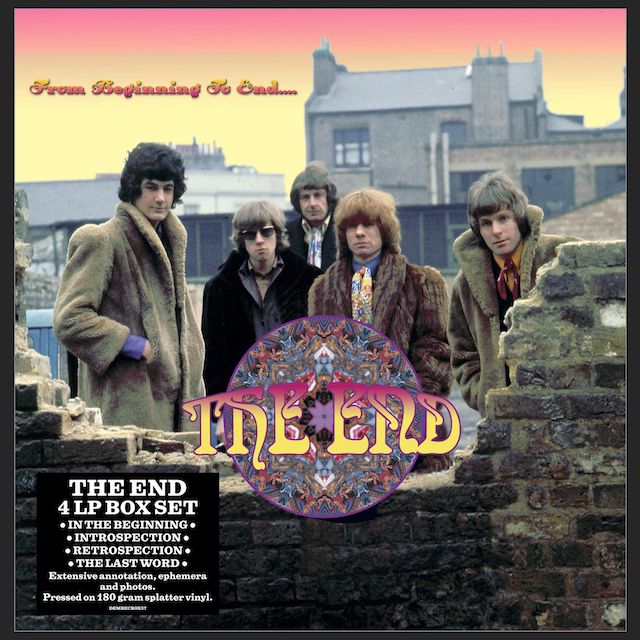 In 1965 The End arose from the glowing embers of the earlier Tuxedos, Innocents and Original Topics, and like many of their contemporaries evolved into a psychedelic group. Along the way, they won the support and patronage of the Rolling Stones’ Bill Wyman, who produced their sole album for Decca, “Introspection” (LP2). He also co-wrote their signature tune, the psychedelic classic “Shades Of Orange”, although the band wrote the rest of their material.

This four LP box set gathers together The End’s recordings: “In The Beginning” covers the early days from 1964 to 1967, LP 2 is the 1968 “Introspection” album, “Retrospection” features outtakes from the period 1968/69, while “The Last Word” rounds up the band’s recordings from 1969/70, before they reinvented themselves as Tucky Buzzard.