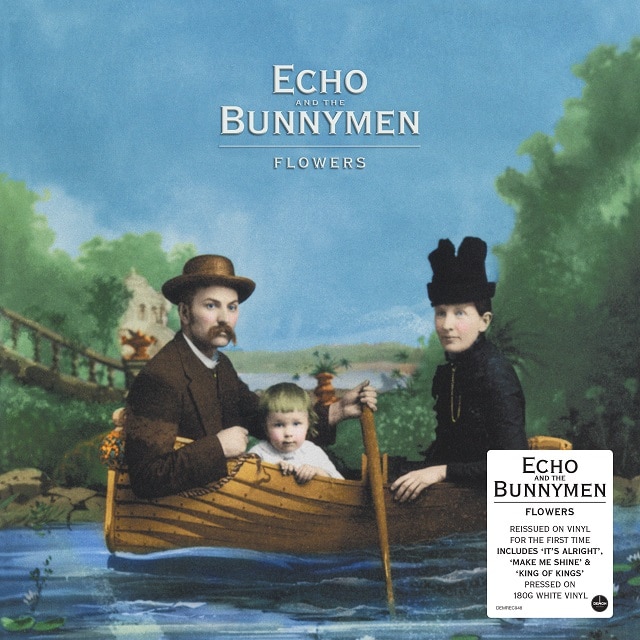 First released in 2001, ‘Flowers’ is the ninth studio album by Liverpudlian post-punk legends Echo and the Bunnymen.

Written and produced by founding members Ian McCulloch and Will Sergeant, the album is imbued with the classic Bunnymen sound on highlights including ‘It’s Alright’, ‘Make Me Shine’ and ‘King of Kings’.

Long out of print, Demon Records is proud to present the first vinyl reissue of ‘Flowers’, pressed on 180g white vinyl.