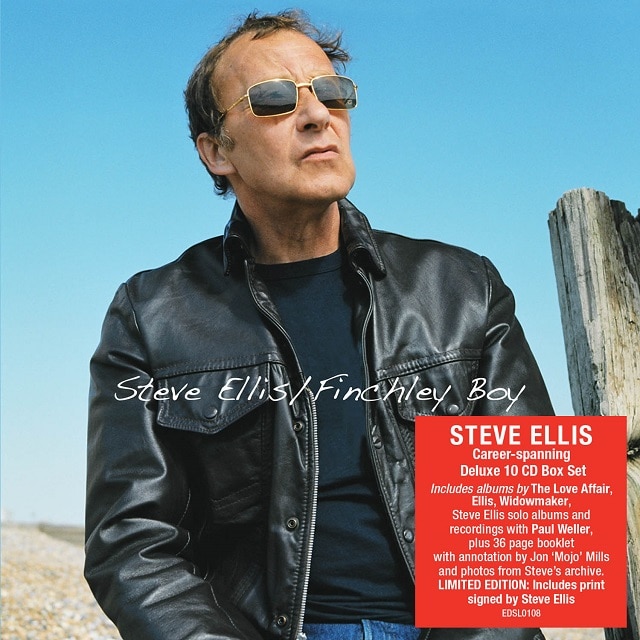 This career-spanning 10 CD Box Set includes albums by The Love Affair, Ellis, Widowmaker, as well as Steve Ellis solo albums and recordings with Paul Weller. Also included is a 36 page booklet with the full story of Steve’s career, written by Jon ‘Mojo’ Mills, editor of Shindig! Magazine, and based on extensive recent interviews with Steve himself. The booklet features all the credits, and photos from Steve’s own archive.

Features 175 tracks, including The Love Affair’s “Everlasting Love” and four more Top 20 hits, Ellis’ “El Doomo” and “Good To Be Alive”, Widowmaker’s “When I Met You”, the 2018 solo album “Boom! Bang! Twang!” produced by Paul Weller, and brand new track “Just To Simplify” co-written and produced by Paul Weller.

Steve Ellis burst onto the pop scene in 1968 as the lead singer of The Love Affair. “Everlasting Love” hit number 1 in the Hit Parade that January, and was followed by four further Top 20 hits, “Rainbow Valley” and “A Day Without Love” (both 1968), “One Road” and “Bringing On Back The Good Times” (both 1969) plus an album. All The Love Affair’s recordings with Steve for CBS are contained on CD1. Steve left for a solo career, and made the recordings on CD2 with the Love Affair’s arranger Keith Mansfield, some with the band Hookfoot. Only a couple of singles (including Jimmy Webb cover “Evie”) were released at the time. Keith Mansfield also enlisted Steve to sing the vocals on his soundtrack for the film version of Joe Orton’s “Loot” (CD3).

Steve formed the band Ellis with Zoot Money in 1972 and they released two albums (on CD4), the first of which was produced by Roger Daltrey. Next up was the band Widowmaker, formed in 1976 with Ariel Bender (Luther Grosvenor – ex-Spooky Tooth and Mott The Hoople) and Huw Lloyd Langton (ex-Hawkwind), with whom Steve recorded one album (CD5). 1977 saw the release of the solo album, “The Last Angry Man” (CD6), produced and arranged by Dave Courtney and Tony Meehan, and featuring Albert Lee and Henry McCullough on guitars. Steve took a break from recording before returning with “Basement Days” in 1983 (CD7). “Best Of Days” (CD8) was released in 2008 and features an acoustic live version of “Everlasting Love” with Paul Weller. “Ten Commitments” came along in 2011, and this CD (CD9) also features Steve’s wonderful performances of three Small Faces songs at a Steve Marriott memorial concert.

The last CD features Steve’s most recent album “Boom! Bang! Twang!”, co-produced in 2018 by Paul Weller, and featuring two co-writes by Steve and Paul. Also featured is the aforementioned new recording with Paul. The CDs also include many bonus tracks, featuring many of Steve’s collaborations. 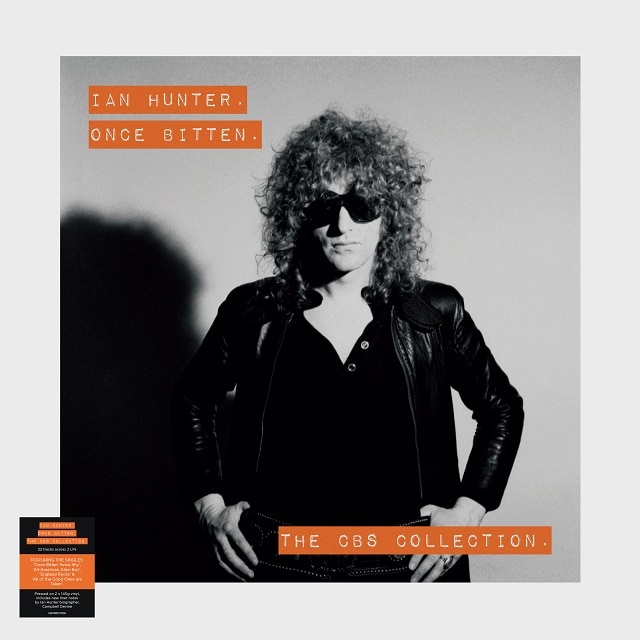