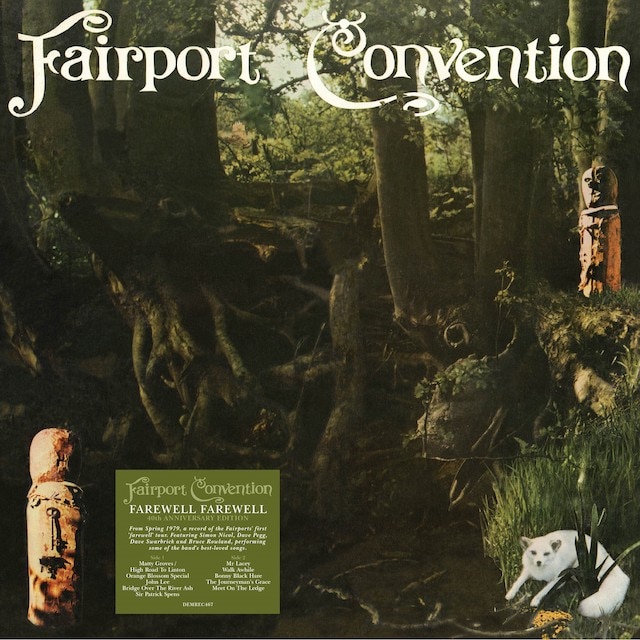 In Spring 1979, after twelve years and numerous line-up changes, Fairport Convention decided to call it a day. Led by sole-remaining founder member Simon Nicol, the band, featuring Dave Pegg, Dave Swarbrick and Bruce Rowland, embarked on what they believed was the band’s‘farewell tour’ of the UK.

Recorded at Derby Assembly Rooms, Birmingham University and Southampton University, the band performed some of their best-loved songs, including their anthem, Richard Thompson’s “Meet On The Ledge”.

Forty years later, the influential band is still touring with Nicol and Pegg still at the helm! The inner sleeve is annotated by Alan Robinson and the record is pressed on 180 gram vinyl.