Don’t Give Up On Us: The Very Best Of David Soul

Don’t Give Up On Us: The Very Best Of David Soul 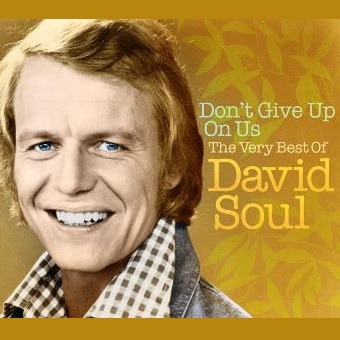 Well known for his role as Kenneth ‘Hutch’ Hutchinson in television programme Starsky & Hutch, David Soul also carved out a very successful singing career, utilizing another of his many talents. He is knownthroughout the world for being an actor, director, producer, singer/songwriter, concert performer and social activist.

Soul has several number one international hits, Don’t Give Up On Us (1976) and Silver Lady (1977) and has placed three others in the top 12 in the U.K. With his band, Soul has toured extensively in the US, the UK, the Far East and South America and has performed sold-out concerts at the Greek Theatre in L.A., Radio City Music Hall in New York, The Sports Palace in Monte Carlo, The Festival Hall in London as well as a Royal Command Performance to honour the Queen’s Jubilee 1977.