Do It Yourself (2CD)

Do It Yourself (2CD) 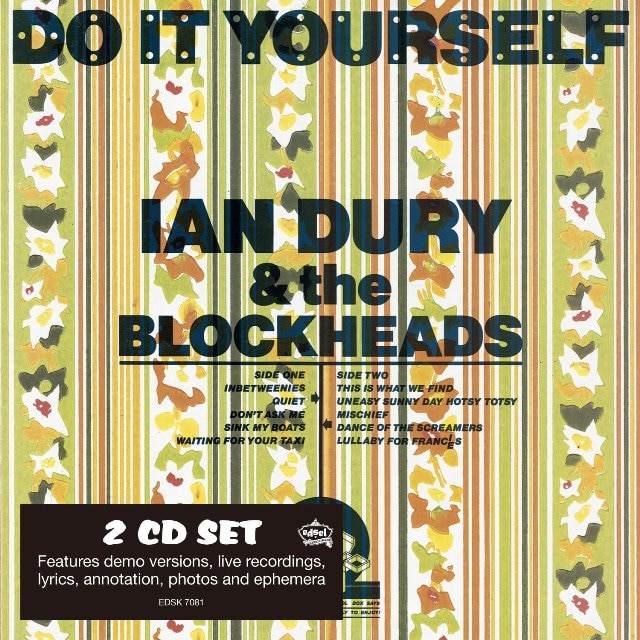 “Do It Yourself”, issued in May 1979, was Dury’s first album with the full line-up of The Blockheads, who brought the live tightness and excitement developed after a year on the road into the studio. It reached # 2 in the album chart, spending four months in the listings. This 2 CD casebound book edition features three fabulous non-album singles, Ian Dury’s most successful releases: “What A Waste” (a # 9 hit), “Hit Me With Your Rhythm Stick” (# 1) and “Reasons To Be Cheerful, Part 3” (# 3). Also featured are the legendary b-side “There Ain’t Half Been Some Clever Bastards” and the 6:40 12″ version of “Reasons…” The seventeen track bonus disc features six fascinating demos (all unissued until 2004) recorded in November 1978, along with the Dury and The Blockheads’ complete eleven song set at Leicester University during the Live Stiffs tour of autumn 1977 (nine tracks unissued until 2004). The booklet features full annotation by acknowledged expert Will Birch, all the lyrics, and Dury ephemera.