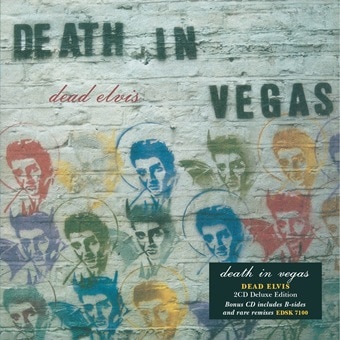 ‘Dead Elvis’ is the debut album by Death In Vegas, originally released in 1997 in a period at the height of British dance culture.

The band has always been the brainchild of Richard Fearless and his partner for this album was Simon Hellier. Together they fashioned a remarkable, disparate and experimental album that defied any categorisation, encompassing dance, dub, electronic, big beat, jazz and so much more.

This 2CD set brings together on a bonus disc all the fantastic b-sides and mixes that were part of what Death In Vegas were all about. Liner notes by renowned music journalist Andrew Perry include interview with Richard Fearless.