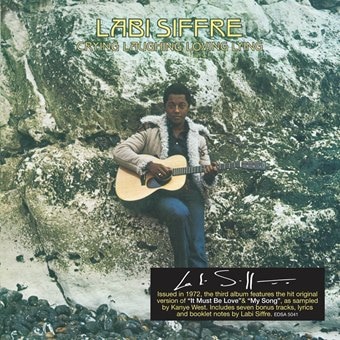 His third album and the first to be produced by Labi himself, who declares it to be “the one where it all came together…singing some of my best songs”.

Issued in 1972, it features the beautiful original version of “It Must Be Love”, a # 14 hit for Labi nine years before Madness took it to the top. Also featured is “My Song”, as sampled by Kanye West for “I Wonder”, and the # 11 hit title song, also covered by Rod Stewart and Olivia Newton-John.

This digipak reissue includes eight bonus tracks (including the hit “Watch Me”, and a b-side making its first appearance on CD), lyrics and new booklet notes by Alan Robinson based on a 2015 interview with Labi Siffre himself.