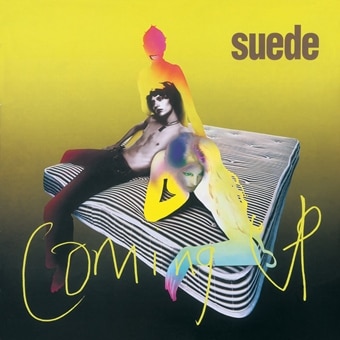 Suede recruited 17-year-old guitarist Richard Oakes, following the departure of Bernard Butler. Oakes joined for the “Dog Man Star” tour, after which the band returned to the studio to record their third album. At this point they also enlisted keyboard player Neil Codling. The resulting album, issued in 1996, spawned five top ten singles and is their biggest-selling album. This re-mastered deluxe edition features the non-album b-sides as well as demos from the collections of Brett Anderson, Richard Oakes and Neil Codling, including a previously unreleased song.

The DVD features the previously unreleased concert video “Live At The Roundhouse”, filmed in December 1996, and featuring a guest appearance from Neil Tennant. Also featured is “Suede in Paris”, a newly-discovered full-length film of Richard Oakes’ first ever concert with the band in October 1994! The bonus feature is a February 2011 interview with Brett, Richard and Neil about the making of the album, along with a short film put together by Simon Gilbert from his own contemporary camcorder footage.