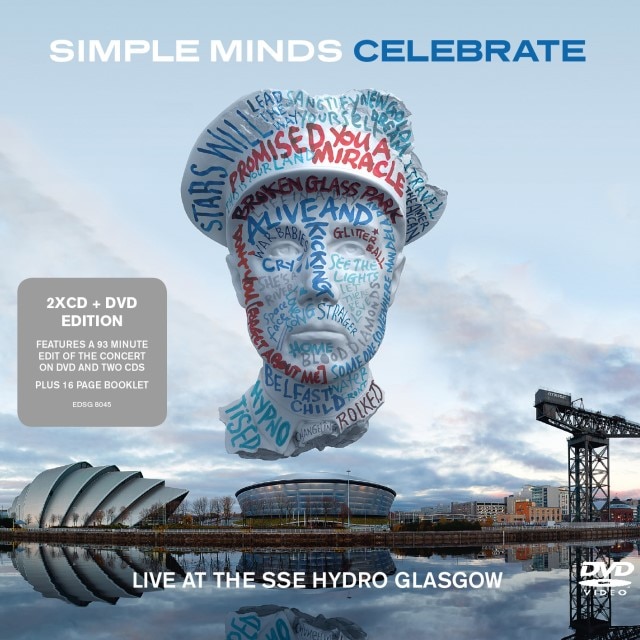 On 27th November 2013 Simple Minds played a very special concert and filmed it at the brand new award-winning venue the SSE Hydro Glasgow, the first concert to be filmed there.
This deluxe digipak package features a DVD with a 93 minute edit of the concert, two CDs containing the audio, and a booklet containing a selection of beautiful photos of the occasion. To an enthusiastic home audience, the band delivers rousing versions of hit after hit after hit.