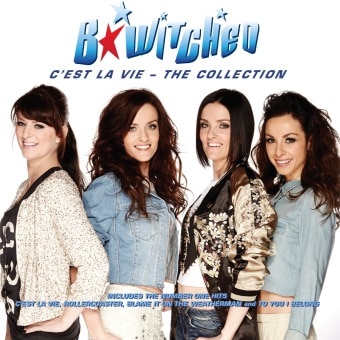 B*Witched from Ireland were an immediate success in 1998 when their debut single ‘C’est La Vie’ hit #1 in the singles chart and made them the youngest-ever all-girl group to do so. Remarkably that #1 single was followed by three further successive #1 hits – Rollercoaster, To You I Belong, and Blame It On The Weatherman. All those #1 hits are included here as well as the three further top 20 hit singles.

2CD set also includes a number of the special mixes of the hits, and selected tracks from the two top five albums released in 1998 and 1999. B*Witched reformed for the ITV Reality TV show ‘The Big Reunion’ in 2013 and continue to perform together. Two brand new songs have been included in this set to show they are as fresh as ever.