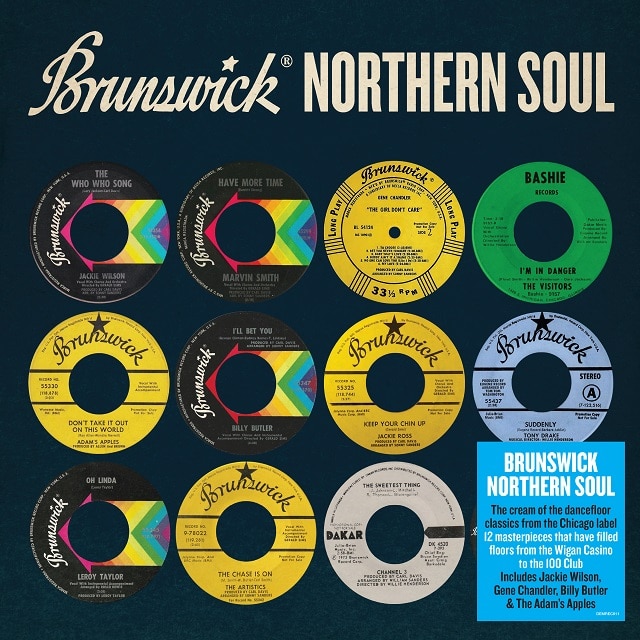 From the mod 60s the legendary Brunswick label had the cream of Chicago soul, with the hits by Jackie Wilson and The Chi Lites to go with it. But beyond that, in the cracks and crevices they has some of the greatest and most influential rare soul, and this compilation brings you the best of that. So we have the classics which defined the genre by the likes of the Adam’s Apples with their Don’t Take It Out On This World, Marvin Smith with the Have More Time, Leroy Taylor with Oh Linda and of course Jackie Wilson’s opener The Who Who Song.’

We have more recent discoveries such as Tony Drake’s spectacular Suddenly, The Sweetest Thing by Channel 3 Billy Butler’s pounding George Clinton written ‘I’ll Bet You’, and Jackie again with the swaying Because Of You. In between we have rare and collectible records by The Artistics, Gene Chandler, Jackie Ross and more. Together original copies of the records contained on this LP would cost you thousands, all gathered here for the price of a round of drinks.