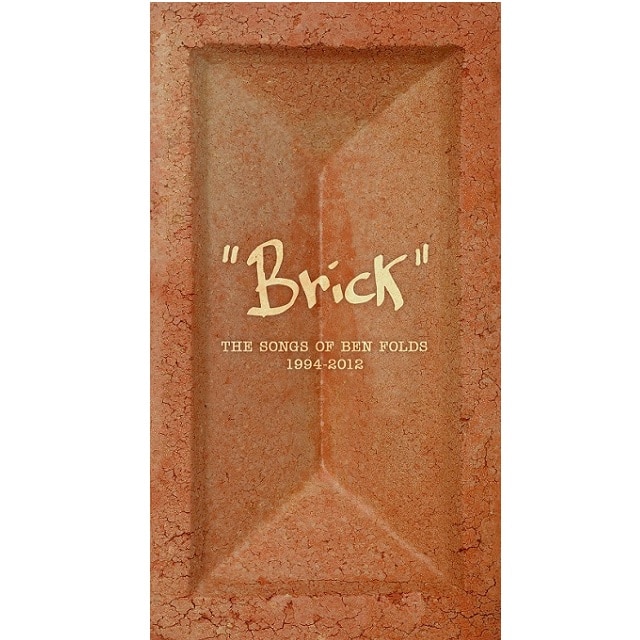 This collection of 192 tracks spans the career to date of one of the most adventurous and exciting songwriters and performers of his generation, who has not only worked with a diverse range of artists including William Shatner, Sara Bareilles and Regina Spektor, but authors Nick Hornby and Neil Gaiman.

In addition to featuring all the Ben Folds Five and Ben Folds’ solo studio albums, the box set also includes the 2002 ‘Ben Folds Live’ album, the live album ‘Songs For Goldfish’ which accompanied the 2005 album ‘Songs For Silverman’, the alternative ‘Seeds’ versions from ‘Stems And Seeds’, and all the bonus tracks, b-sides and rarities from the whole period.

Releasing their self-titled debut album in 1995, the album featured such BFF’s classics as “Underground” and “Philosophy”. This was followed in 1997 by ‘Whatever and Ever Amen’. The album featured the singles, “Battle Of Who Could Care Less” and “Kate”, as well as UK Top 30 and mainstream radio hit in the USA and Australia, “Brick”. The third and final BFF’s album (until their 2012 reformation) was ‘The Unauthorized Biography of Reinhold Messner’.

In 2001 Folds released his first solo album, ‘Rockin’ The Suburbs’, which was recorded in Adelaide, Australia, where he was living at the time. The title track was remade for the 2006 film Over The Hedge, featuring William Shatner on vocal duties (both versions appear on this box set, as well as the five other songs recorded for the film). This was followed in 2005 by ‘Songs For Silverman’, which reached no.13 on the Billboard chart. The next year Folds released ‘Supersunnyspeedgraphic’, a compilation of songs, which were originally released on the EPs Sunny 16, Speed Graphic and Super D.

The final Folds solo album to appear in this box set is 2008’s Way To Normal, which is his highest-charting solo album to date in the US, having entered at no.11 on the Billboard chart. The album featured a guest appearance by Regina Spektor, as well as a remastered follow up version, Stems and Seeds. For this Folds created a different track order and stem files, which allowed the listener to use computer applications to produce their own remixes.

In 2011, Ben Folds Five reunited to record new tracks for a Ben Folds retrospective. Excited by the experience, the band reconvened in Folds’ studio and recorded what would become the first BFF’s album for 13 years. With the title track’s lyric supplied by Folds collaborator Nick Hornby, The Sound of the Life of The Mind was to be their highest charting album, reaching no.10 on the Billboard chart.