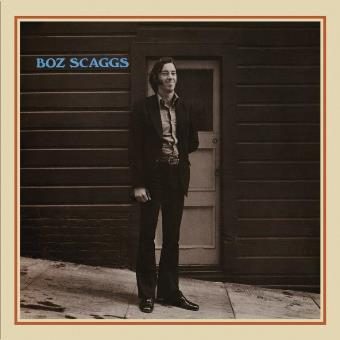 After making major contributions to the first two albums by the Steve Miller Band, Boz Scaggs left for a solo career. He signed to Atlantic Records and recorded this album at Muscle Shoals in 1969, with Duane Allman on stunning form on guitar, slide and dobro, plus the Muscle Shoals rhythm section and the Memphis Horns.

Originally mixed by Stax Records’ engineer Terry Manning, Boz Scaggs was well reviewed but sold slowly. The record was given a second chance in 1977, when it was remixed by Tom Perry and reissued in the wake of Scaggs’ breakthrough success. This Edsel release brings together both mixes together for the first time in one package. The record remains a timeless snapshot of man finally in control of his destiny, and a wonderful testament to Scaggs’ unique vocal style and R&B heritage.

For this 2015 unique pairing, notewriter Paul Myers managed to secure an exclusive interview with the album’s producer (and founder of Rolling Stone magazine) Jann Wenner. The booklet also features the lyrics. ”