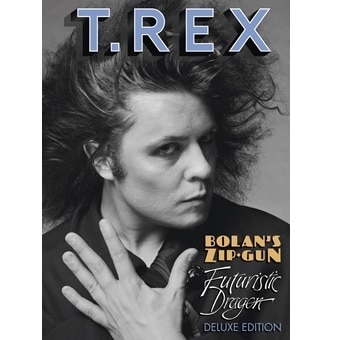 Following the success of Edsel’s book sets of the ‘Tanx’ + ‘Zinc Alloy’ albums, as well as ‘Born To Boogie’, we now present the next instalment – the pairing of 1975’s ‘Bolan’s Zip Gun’ and 1976’s ‘Futuristic Dragon’

For this deluxe media book edition, we have added 21 bonus outtakes and demos from the two albums, seven of which have been mastered from original first generation tapes in the possession of two dedicated fans – this is the first time these tapes have been used.

The book features a brand new 10,000+ word note by acknowledged Bolan authority, Mojo writer Mark Paytress, and for this edition we have commissioned additional research into the lyrics to present an authoritative version of Bolan’s words. With a rarely-seen Terry O’Neill photograph featured on the front cover, the book also features ephemera and many press clippings from the era. 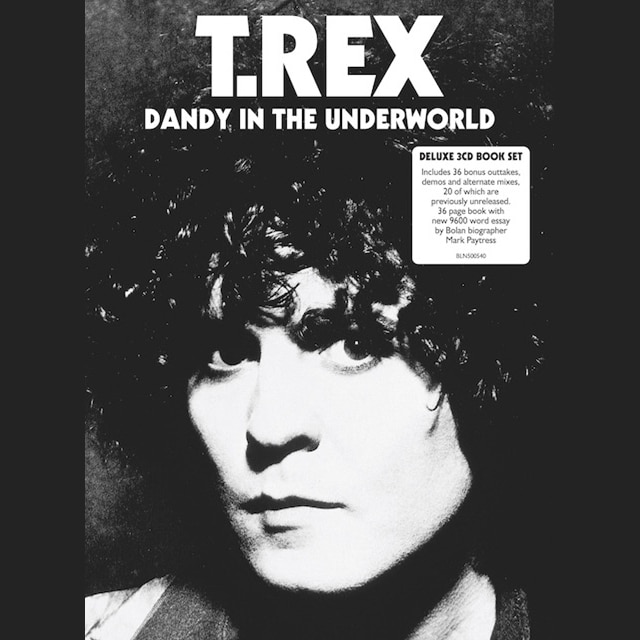