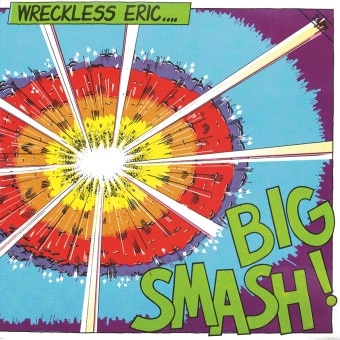 Wreckless Eric was one of the original crop of wonderful stars on the infamous Stiff Records label, along with The Damned, Elvis Costello, Ian Dury, Nick Lowe, and a couple of years later Madness

The debut album ‘Wreckless Eric’ was released in June, 1978, and the second ‘The Wonderful World Of Wreckless’ followed just four months later.

It was a whole two years before ‘Big Smash’ arrived. In terms of chart position this album was Wreckless Eric’s most successful, peaking at number 30 in the albums chart

Initial pressing of ‘Big Smash’ was as a double LP, the second disc of which was a compilation of singles and album tracks of previously released material. As these tracks all appear on separate simultaneous CD releases now, they are now excluded here.