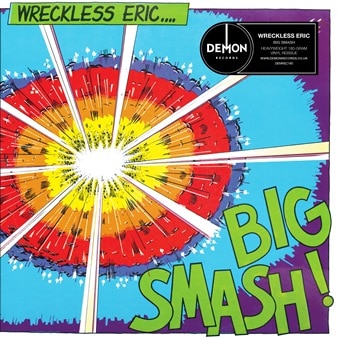 Wreckless Eric was one of the original crop of wonderful stars on the infamous Stiff Records label, along with The Damned, Elvis Costello, Ian Dury, Nick Lowe, and a couple of years later Madness

The debut album ‘Wreckless Eric’ was released in June, 1978, and the second ‘The Wonderful World Of Wreckless’ followed just four months later.

It was a whole two years before ‘Big Smash’ arrived. In terms of chart position this album was Wreckless Eric’s most successful, peaking at number 30 in the albums chart.