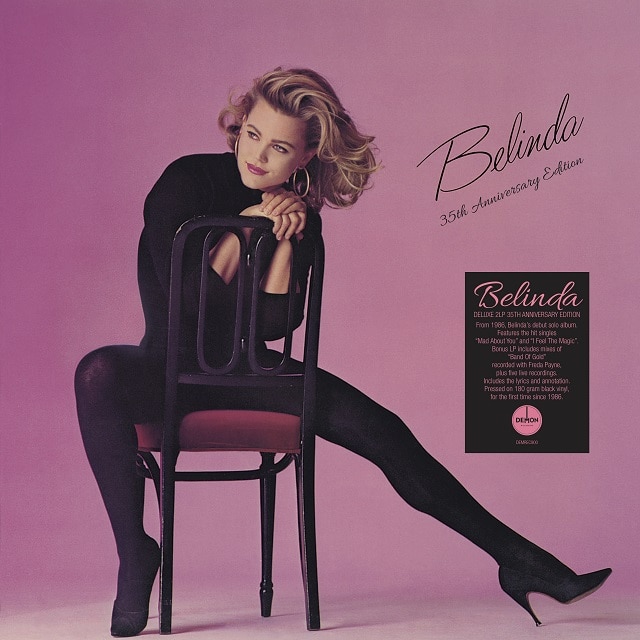 Featuring the hit singles “Mad About You” and “I Feel The Magic”, this 2 LP anniversary edition also features five bonus tracks on side three, including three mixes of Belinda’s version of “Band Of Gold” recorded with Freda Payne.

Side four features five live tracks taken from the “Belinda” video release. Also included are the lyrics and a sleevenote based on an interview with Belinda.