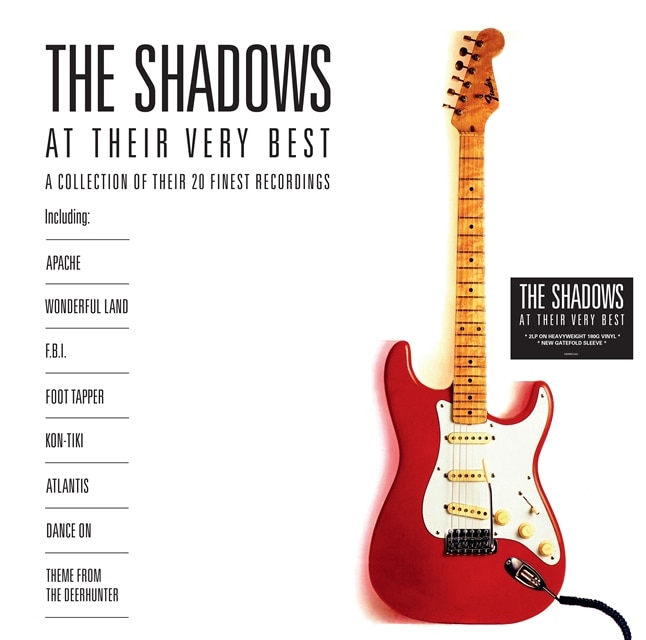 The Shadows remain one of the most prolific bands of the last 60 years and were the first to pioneer the now familiar line-up of two guitars, bass and drums.

In 1989 The Shadows entered the studio to create 20 brand new recordings of their most popular hits, all of which re-produced with the added benefit of new studio technology. At Their Very Best is a collection comprised of the tracks from this gold-status album that reached No. 12 in the UK charts during December ‘89.

At Their Very Best – not re-issued on vinyl since its original release – now enjoys a 2LP formatting, which allows a deeper studio ‘cut’ resulting in a bigger, richer sound. The re-worked artwork is now made available in a Gatefold Sleeve. A must have collection for vinyl lovers!