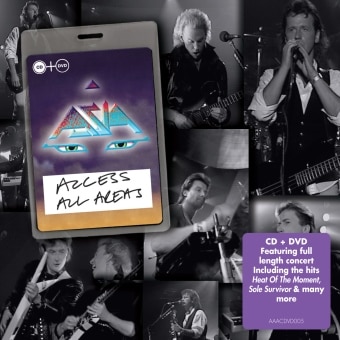 Rock history records Asia as the first supergroup of the Eighties, a leviathan that sold more than six million copies of its eponymous first album in little more than a year thanks to a combination of classic radio-friendly pop songs and virtuoso musicianship.

Founder members John Wetton, drummer Carl Palmer and keyboardist Geoff Downes link with guitarist Pat Thrall to present a live greatest hits, from the three major singles – ‘Heat Of The Moment’, ‘Only Time Will Tell’ and ‘Sole Survivor’ – from their first album through to later highlights ‘Go’ and ‘Voice Of America’.