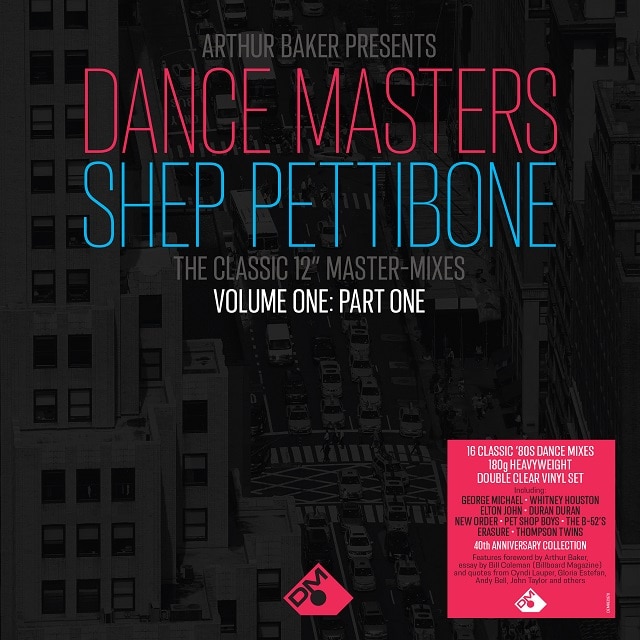 One of the most successful and celebrated remixers of the 1980s, The SHEP PETTIBONE. Master-Mixes Vol One Part One features 16 classic tracks compiled and sequenced by Wayne Dickson (BBR/Groove Line Records) pressed on 2 x 180g Clear Vinyl.

Demon is proud to present a new DANCE MASTERS series hosted by Arthur Baker, opening with a new collection of 12″ and 7″ remixes by the legendary Shep Pettibone. What Shep Pettibone had that most other mixers did not, was a true radio sensibility. He inherently knew what would work on the airwaves, but was equally comfortable in a club setting, as a DJ and a fan, so he knew what worked both on the dance floor and on radio. That was a deadly combination. Shep was also very open to all types of music and acts. From UK alternative sounds to NYC street sounds. From campy pop to gospel disco and electro R&B, Shep nailed them all and brought his expert sheen and sense of excitement to each of them.

“I am incredibly proud to open the Dance Masters series with this collection of some of his best work.” – ARTHUR BAKER.