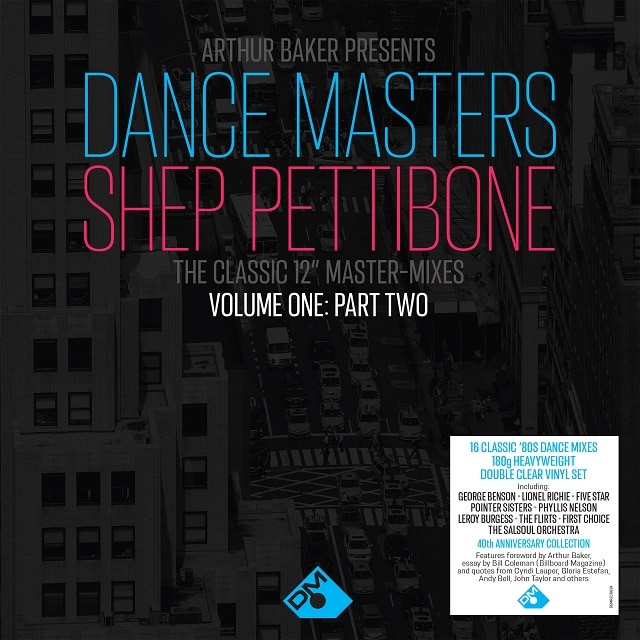 One of the most successful and celebrated remixers of the 1980s, The SHEP PETTIBONE

What Shep Pettibone had that most other mixers did not, was a true radio sensibility. He inherently knew what would work on the airwaves, but was equally comfortable in a club setting, as a DJ and a fan, so he knew what worked both on the dance floor and on radio. That was a deadly combination.  Shep was also very open to all types of music and acts. From UK alternative sounds to NYC street sounds. From campy pop to gospel disco and electro R&B, Shep nailed them all and brought his expert sheen and sense of excitement to each of them. I am incredibly proud to open the Dance Masters series with this collection of some of his best work. – ARTHUR BAKER

Featuring a list of some of the biggest and most diverse artists of the 1980s including Lionel Richie, George Benson, Gloria Gaynor, Lisa Lisa & Cult Jam with Full Force, Sananda Maitreya, Five Star and Pointer Sisters