Are You One Of Jay’s Kids? The Complete Bizarre Sessions 1990-94

Are You One Of Jay’s Kids? The Complete Bizarre Sessions 1990-94 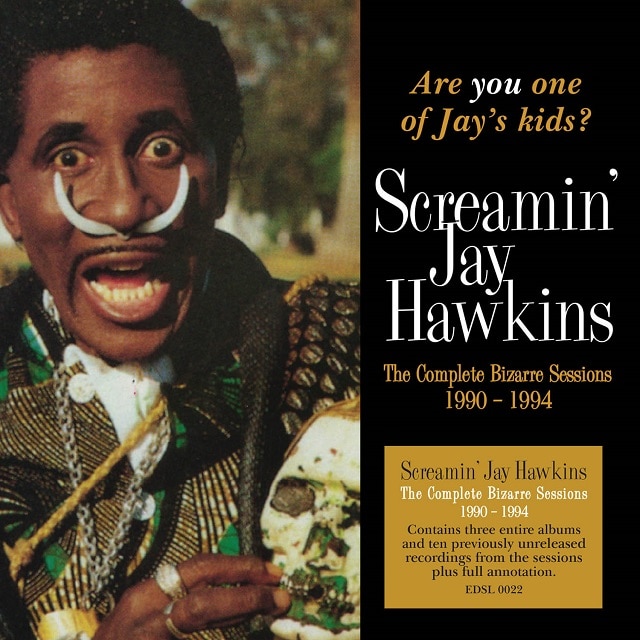 The legend that was Screamin’ Jay Hawkins needs little introduction. He is probably most famous for writing and recording the original version of “I Put A Spell On You”, covered with great success by Nina Simone, Alan Price, Creedence Clearwater Revival, Annie Lennox, Bryan Ferry, Arthur Brown, Bette Midler and many more.

This release contains the three fabulous albums he made for the Bizarre label between 1990 and 1994 (and released by Demon in Europe): “Black Music For White People”, “Stone Crazy” and “Somethin’ Funny Goin’ On”. Also included are ten previously unreleased recordings from the original album sessions. The booklet features the full story of how the albums came about.

In 1993 Jay’s version of Tom Waits’ “Heartattack And Vine” (on CD 1) was used for a Levi’s ad – the single release reached number 42 in the UK charts, before Tom Waits managed to have both the ad and single withdrawn! “I Am The Cool” (on CD 2) is the soundtrack to the current Thomas Cook ad in the UK.