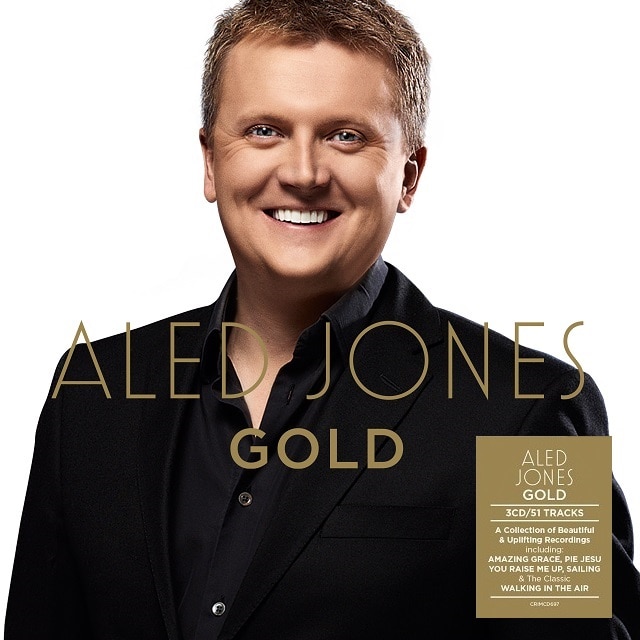 Recording Artist, Touring Performer, Theatrical Actor and Television/Radio Presenter, Aled Jones MBE is a man of many talents. With a recording career that started in 1983, Aled Jones has always been in the public eye, from the very young boy soprano, up until present day and whose career shows no sign of slowing down.

Aled shot to fame with his cover version of ‘Walking In The Air’, the song from the animated film The Snowman – based on the book by Raymond Briggs – which reached No. 5 in the UK Singles charts in 1985.

He has sung for Pope John Paul II, H.M. The Queen, and the Prince and Princess of Wales, as well as at the wedding of Bob Geldof and Paula Yates in 1986. He also had the distinction of being the first artist to have two classical albums listed simultaneously in the Pop charts, and has worked with Leonard Bernstein.

Alongside his recording career, Aled has also forged a very successful theatrical, TV and Radio career. As a teenager Aled presented Chatterbox, a children’s chat show and since then, has presented a large number of TV programmes. He remains one of the main presenters of BBC One’s Songs Of Praise, including the annual Big Sing, Escape To The Country, Cash In The Attic, The One Show, Daybreak and Weekend. He has been surprised by Michael Aspel whilst on stage at the Royal Albert Hall in London, for This Is Your Life and was a contestant on Strictly Come Dancing. Performing at various venues around the country including Manchester, Blackpool, Plymouth and London, he has played the lead role of Caractacus Potts in Chitty Chitty Bang Bang, played Bob Wallace in White Christmas, took the lead role in the Joseph And The Amazing Technicolour Dreamcoat and played the young Tom Gradgrind in a large-scale national touring production of Charles Dickens’s Hard Times.

In 2009, Aled was presented with a BASCA Gold Badge Award in recognition of his unique contribution to music. Aled was appointed Member of the Order of the British Empire (MBE) in the 2013 Birthday Honours for services to music and broadcasting and for charitable services. In 2014, he was nominated as an Honorary Fellow of the Royal Academy of Music, where he’d previously studied. However, it’s as a recording artist that Aled is best known and has flourished, with an Album Chart career that has spanned 35 years, with 21 charting albums during that period, including four that reached the Top 10.

This 3CD collection features a vast range of recordings made by Aled throughout his career, to one of the countries favourite baritones.