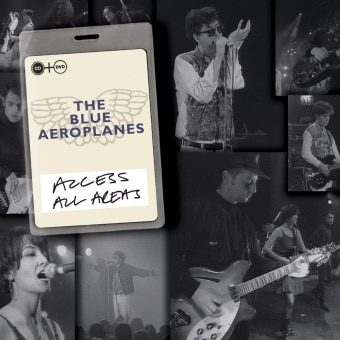 Often hailed as Britain’s answer to REM, guitar band the Blue Aeroplanes made their live debut in their home town of Bristol, in 1981. Led by singer Gerard Langley, they inspired the Manic Street Preachers, among others, as the Eighties progressed and are still pushing the musical envelope in the current millennium. This show, played to a packed London’s Town & Country Club in 1992, includes highlights from albums ‘Swagger’ and  ‘Beatsongs’, a veritable cast of thousands on stage including ever-present dancer Wojtek Dmochowski.