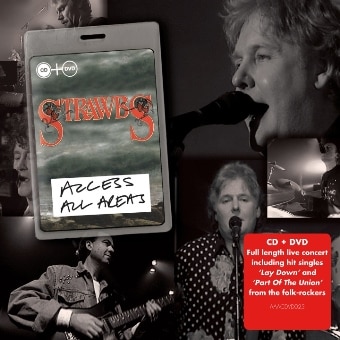 The Strawbs’ concert in the Bedrock series is known as ‘Greatest Hits Live’, testament to the definitive nature of the ten-song set performed in 1990 by Dave Cousins, Tony Hooper, Brian Willoughby, Richard Hudson, Rod Demick and Chris Parren.

This line-up of the ever-British changing folk-rockers played for seven years from 1986 through to 1992 and the concert is of excellent quality. Songs include hit singles ‘Lay Down’ and ‘Part Of The Union’ (a 1973 Number 1), key album title track ‘Hero And Heroine’, comment on the Northern Ireland troubles ‘The Hangman And The Papist’ and the anthemic ‘Ringing Down The Years’. The Strawbs are still active today, and these are still regarded as some of their greatest songs.