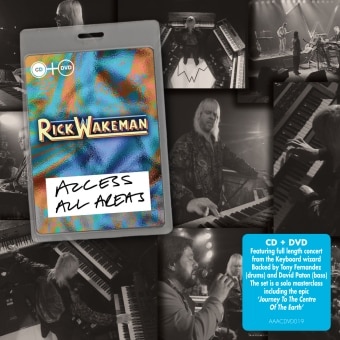 Keyboard wizard Rick Wakeman has enjoyed at least three careers – early-Seventies sessionman for Bowie, etc, the Caped Crusader of progressive giants Yes and solo star responsible for such epic albums as ‘The Six Wives of Henry VIII’, ‘Journey To The Centre Of The Earth’ and ‘The Myths And Legends Of King Arthur And The Knights Of The Round Table’. He’s also written books and become a well-known small-screen personality.

This DVD and CD package of a 1990 broadcast in the Bedrock TV series combines many of these facets, featuring titles from all his biggest solo sellers in a virtuoso performance. Backed by Tony Fernandez (drums) and David Paton (bass), Rick gives his nine-keyboard rig the ultimate workout and clearly enjoys himself: ‘It was good fun at the time. Says it all, really!’ he says on his website. A must for prog, keyboard and Wakeman fans alike.