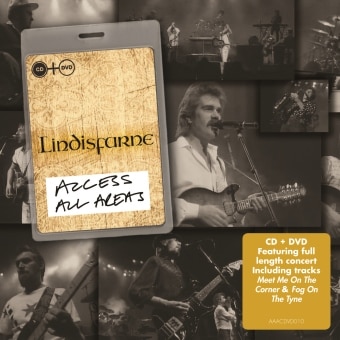 In 1972, Lindisfarne topped the UK chart with the classic ‘Fog On The Tyne’ album. This 1990 performance in Central TV’s Nottingham studios catches the Newcastle folk-rock band just before the departure of singer, mandolin and harmonica-player Ray ‘Jacka’ Jackson, who also played on Rod Stewart’s mega-hit ‘Maggie May’.

The original line-up of Jackson, Alan Hull, Rod Clements, Ray Laidlaw and Simon Cowe from 1968 was augmented by multi-instrumentalist Marty Craggs and bass-player Steve Cunningham. They had just recorded their best album for some years in ‘Amigos’, represented here alongside earlier hits like ‘Lady Eleanor’, ‘Meet Me On The Corner’, ‘Clear White Light’ and the crowd-pleasing ‘Fog On The Tyne’, shortly to be re-recorded with footballer Paul ‘Gazza’ Gascoigne. Songwriter Hull’s death in 1995 was the beginning of the end for Lindisfarne, but this is the band in their element – live and loud.