Hatfield And The North

Hatfield And The North 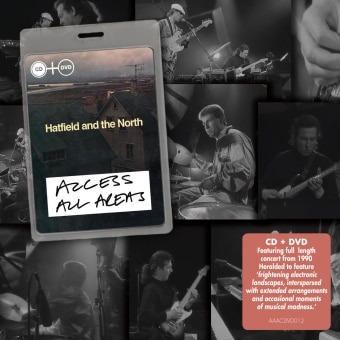 Taking their name from a motorway road sign, Hatfield & The North were early signings to Richard Branson’s Virgin label where, in 1974, they shared a producer with Mike Oldfield. They split after two studio albums, but were so well respected that, in 1990, they were summoned by Central TV to make a one-off appearance in their Bedrock series of music showcases.
Bassist-vocalist Richard Sinclair (ex-Caravan), guitarist Phil Miller and drummer Pip Pyle are legends of the fertile Canterbury scene of the late Sixties and early Seventies that gave birth to Soft Machine, Kevin Ayers and Gong. This CD/DVD set re-establishes their credentials to be ranked alongside such legends with nine numbers, many otherwise unavailable, the performance described by one critic as ‘frightening electronic landscapes, interspersed with extended arrangements and occasional moments of musical madness.’