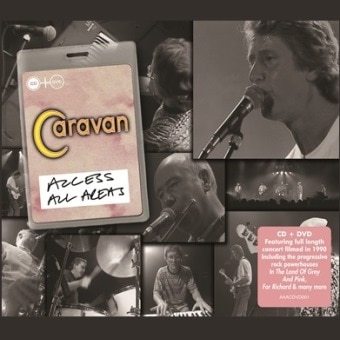 Caravan were pioneers of the Canterbury scene of the late Sixties. Frontman Pye Hastings, ever-present since their formation back in 1968, took them to Nottingham in 1990 and presented the best of two decades of progressive rock in front of a knowledgeable and appreciative audience.

Lengthy instrumental workouts like ‘For Richard’ and ‘Nine Feet Underground’ contrast with the whimsical ‘In The Land Of Grey And Pink’ and ‘Winter Wine’, bassist and vocalist Richard Sinclair recreating his partnership with Hastings that made the original band such a joy. Recent song ‘Videos Of Hollywood’ adds a contemporary touch to a performance that has become legendary in the eyes of Canterbury rock followers.