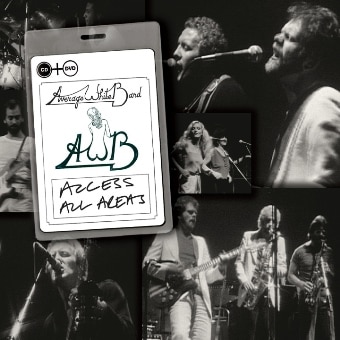 The Average White Band, a group of Scotsmen playing American soul and funk music, came together in the late Sixties and topped the US chart in 1974. A version of the band led by bassist Alan Gorrie tours to this day while guitarist Hamish Stewart went on to be Paul McCartney’s musical right hand man.

This hour-long TV showcase from the Rockstage series, filmed by Central Television at Nottingham’s Theatre Royal in 1980, catches the classic AWB line-up in their prime. It includes that years UK Number 12 dance smash ‘Let’s Go Round Again’, album title track ‘Atlantic Avenue’, transatlantic hit ‘Queen Of My Soul’ and much more.