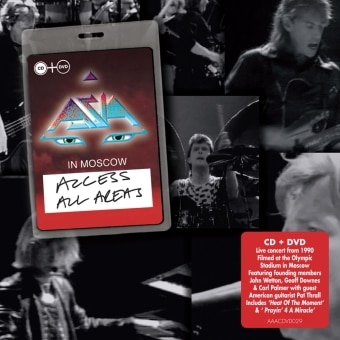 Two worlds collided when, in 1990, Asia – the British supergroup consisting of founder members John Wetton, Geoff Downes and Carl Palmer with guest American guitarist Pat Thrall – played two nights in Moscow’s imposing Olympic Stadium. It was an experience performers and audience alike would long remember. ‘Heat Of The Moment’, their biggest ever 45, ended a hit-packed show that made music history, while ‘Prayin’ 4 A Miracle’, its video shot in the shadow of the Kremlin, is a notable bonus.