A1: Caught In The Middle – The Collection

A1: Caught In The Middle – The Collection 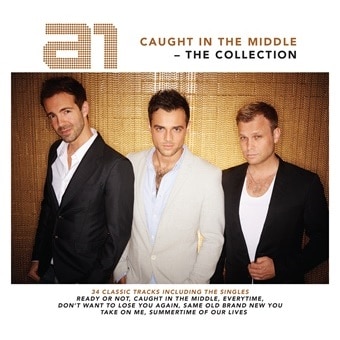 A1 were one of the biggest ‘Boy Band’ phenomena of the late 1990s and into the early years of this century. In the UK, they scored 9 Top 20 hit singles, including two chart-topping albums and sell-out tours, as well as being ever present on Top of the Pops, CD UK and wall-to wall press in the teen magazines.

This set – Caught In The Middle – The Collection takes in A1’s chart smashes such as Same Old Brand New You, Ready Or Not, Be The First To Believe, their sparkling cover of the A-Ha hit, Take On Me, as well as recordings since the band re-convened as the current trio of Adams, Read and Ingerbrigtsen, such as In Love And I’m Hating It, Don’t Want To Lose You Again and Waiting For Daylight amongst them, proof of the band’s maturing songwriting skills. This collection comprising of 34 tracks is the must have for any A1 fan and also features an interview with Mark Read in the booklet.