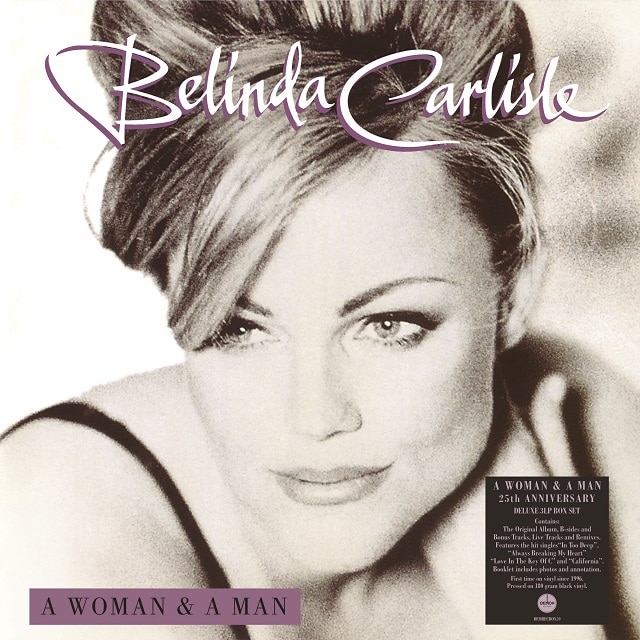 Although the album was produced by David Tickle, Belinda’s sole album for the Chrysalis label in 1996 saw her re-united with the writers of her biggest chart successes, Rick Nowels, Ellen Shipley and fellow Go-Go Charlotte Caffey. Nowels’ “In Too Deep” reached # 6 and Roxette’s Per Gessle’s “Always Breaking My Heart” was another Top 10 hit. “Love In The Key Of C” followed them into the charts, while the fourth hit “California” features backing vocals from none other than Brian Wilson.

The two bonus LPs feature seventeen tracks: non-album B-sides, including covers of “Jealous Guy” and “The Ballad Of Lucy Jordan”, plus “I Won’t Say I’m In Love” – Belinda’s contribution to the soundtrack of the Disney film “Hercules”, a cover of the Sex Pistols’ “Submission” recorded with Radiator for a compilation album, plus live and acoustic versions of her earlier hits, and three very rare remixes.

This anniversary box set contains three LPs pressed on 180g black vinyl, in individual outer and inner sleeves, plus a 12 x 12 booklet, all in a lift-off lid box.

3 LPs pressed on 180g black vinyl, in individual outer and inner sleeves, plus a 12 x 12 booklet, all in a lift-off lid box.