A Place Where I Can Go

A Place Where I Can Go 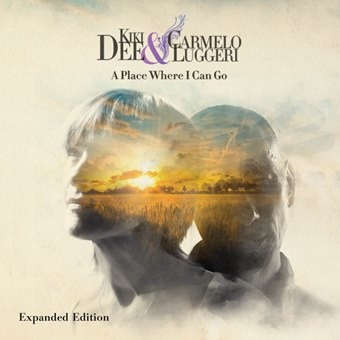 Singing legend Kiki Dee teamed up with singer/songwriter Carmelo Luggeri back in 1995 for a live album. Since then, they have recorded three studio albums – Where Rivers Meet(1998), The Walk Of Faith (2005) and A Place Where I Can Go (2013) on their own Spellbound Recordings imprint.

Following on from our releases of Kiki’s four Rocket Records albums earlier in the year, Edsel is proud to present A Place Where I Can Go as an expanded edition, now with a thirteen-song bonus disc of demos and outtakes drawn from their twenty years of collaborations. Amongst the tracks are covers of Paul McCartney and U2, and an acoustic version of “I’ve Got The Music In Me”.

The booklet also now includes the album’s lyrics and annotation on the bonus tracks.