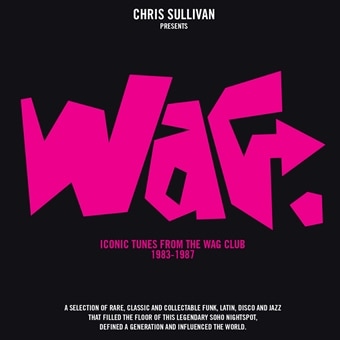 For the first time ever, the musical legacy of feted London nightclub and ‘haven for misfits’ The Wag is explored over 4 discs with a selection of remastered rare, classic and collectible funk, Latin, disco, hip hop and jazz that filled the floor. Released on via Harmless records and curated by Chris Sullivan – a musician, journalist and most importantly, the Wag’s founder, director, promoter, designer and booker for its entire run of 18 years.

Music explored on this box set covers a period from the Wag’s inception in 1983 to 1987, and although the club was an integral early proponent in the acid house explosion and continued to support electronic music until its close in 2001. Featuring sleeve notes from Chris Sullivan, this is a must have set for fans of the scene.