Following on from the excellent re-issues in 2013 and 2014, Edsel Records will, on 21st August, release ”Belinda Carlisle The CD Singles 1986-2014”. The box set comprises of all 29 UK and US singles including every B-side, edit and additional mix that was issued across the different formats of each single. Disc 29 is a bonus disc containing the much sought after ‘In My Wildest Dreams’ which featured in the 1987 film Mannequin and which we only recently acquired a usable master of.

This box set will soon be available via Amazon but exclusive to the Belinda Carlisle Store are 500 of the box sets with a numbered card signed by Belinda. Please note due to territorial restrictions Edsel sorry but they are unable to sell to customers in North America. This territory is still controlled by Universal Records and we cannot release this record there as a result. 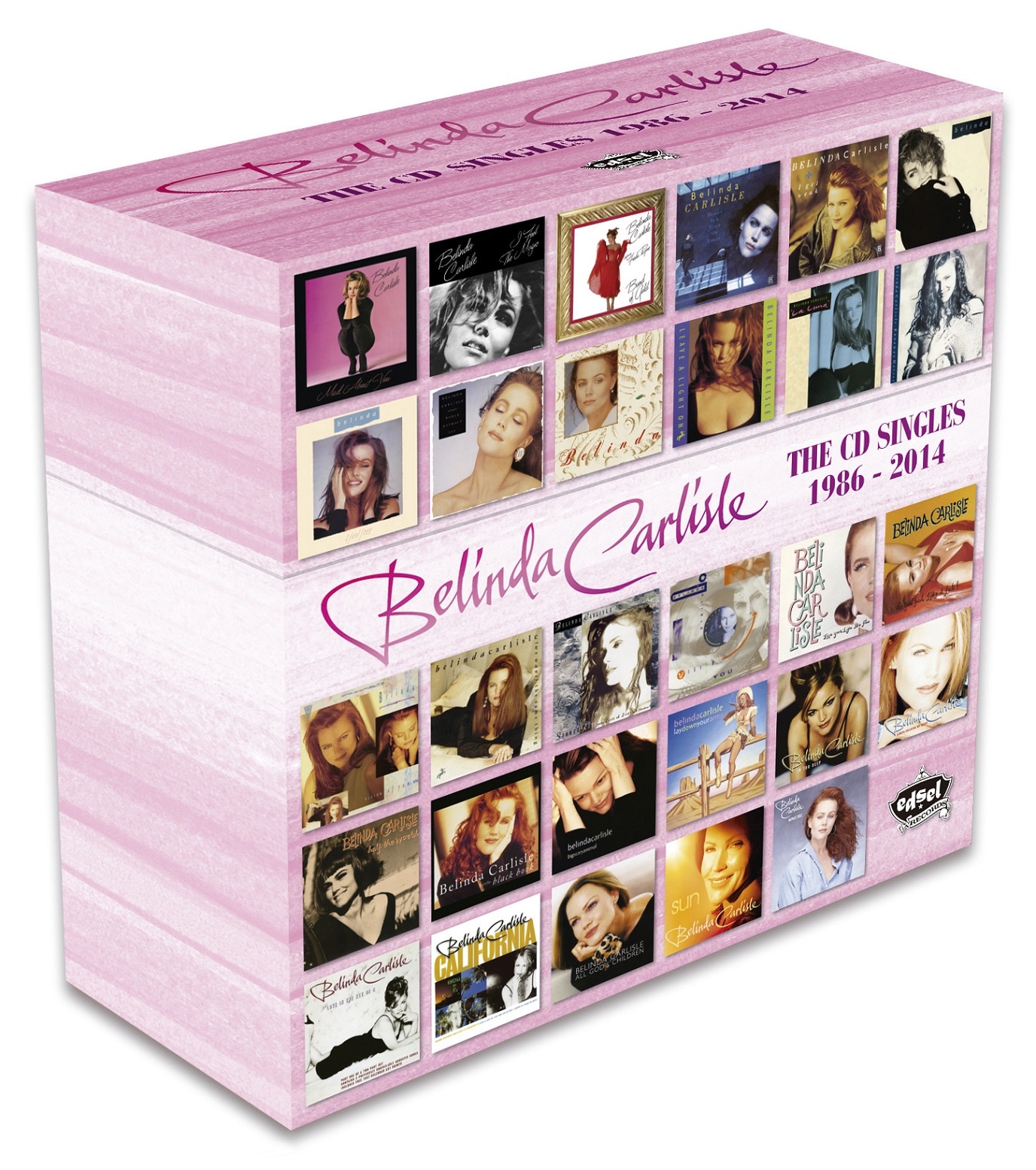